When you think of mining, you might envision long hours in the wilderness in dark, dangerous conditions. Much of that is true, even today, and miners often put in grueling shifts to procure elusive resources that power and structure the rest of the world.

That said, it might sound a bit odd to you when you hear the term “bitcoin mining,” especially since Bitcoin, a popular digital currency, is not a physical, tangible resource that is or even can be “dredged” up from the earth.

Yet, believe it or not, bitcoin mining is a thing, and it’s becoming increasingly related with another byproduct of natural resource procurement - natural gas. Here’s what you need to know.

What Is Bitcoin Mining?
Bitcoin is a decentralized digital currency that can be transacted through a public ledger through a blockchain, in this industry known as the Bitcoin Blockchain. Bitcoin can be created through a complex computational process known as mining.

Without getting too complicated, bitcoin mining refers to the process of running powerful computer systems to solve highly complex computational puzzles. When the program completes a puzzle, a “bitcoin” is awarded as a result.

And, while bitcoin mining is unlike mining in the traditional sense of “digging into the earth,” it has still come under fire for its potential adverse ecological impacts. That is, specifically, that these datacenters require a lot of electricity to operate and have a pretty large carbon footprint. It’s not the same as toxic mine tailings and runoff - but it’s still a concern nonetheless.

In fact, the Cambridge Center for Alternative Finance, CCAF, has estimated that Bitcoin mining accounts for as much as .29% of the world’s total energy production - more than some entire countries!

This is where some enterprising crude oil producers, like ConocoPhillips, are helping to kill two birds with one stone - and all with nothing more than natural gas, specifically flare gas, that otherwise would be wasted.

What Is Flare Gas?
Gas flaring is a simple - but highly inefficient disposal - of natural gas produced as a result of crude oil extraction. 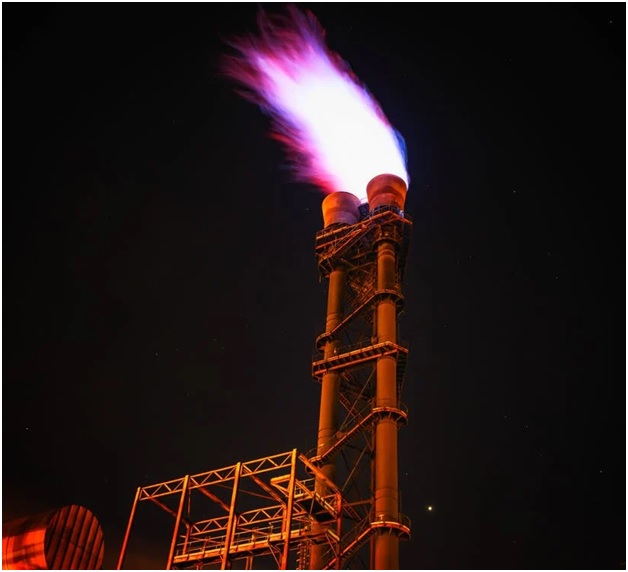 Crude oil extraction companies extract and produce over 4 billion tons of crude oil each year around the world. Along with that crude oil, vast quantities of natural gas are either extracted or released as a byproduct.

In the United States alone, over 930 billion cubic meters of natural gas were produced in 2019. Unfortunately, despite the fact that natural gas is a highly viable and relatively clean energy source, an immense portion of it gets wasted in a process known as gas flaring.

Gas flaring is the process of burning off excess gas produced, usually as a result of crude oil extraction. This gas is removed and siphoned away where it can be burned off. Annually, somewhere around 140 billion cubic meters of natural gas are burned off in this manner - enough to meet the energy needs of all of sub-Saharan Africa.

But why would companies burn off gas in this manner when it could be used as a viable energy source?

There are several reasons why companies flare gas. One relates to safety concerns. Changes in pressure within oil and gas pipes can result in explosions, and since gas is much more compressible than oil, removing the gas and burning it can help prevent some pressure fluctuations.

Another is because crude oil extraction facilities may not be well-equipped to dry and transport natural gas that gets extracted as a by-product of oil extraction. These rigs are often located in remote, inaccessible locations and if the companies are not outfitted to treat and transport natural gas, it is not only easier and safer but much cheaper simply to burn it off.

As a result, untold volumes of natural gas get burned off every year.

Yet some enterprising crude oil extraction companies see the diamond in the rough and are working with Bitcoin miners to put what would otherwise be wasted flare gas to good use.

The Middle Ground
Many crude oil extraction companies, such as ConocoPhillips, are teaming up with Bitcoin miners to put their wasted flare gas to good use.

Better yet, this is turning into a gigantic bonus for both Bitcoin miners and crude oil extractors. The oil producers can sell their natural gas at a profit instead of wasting it, and Bitcoin miners have access to a potentially cleaner energy source for powering their energy-intensive mining operations.

The plan falls in line with ConocoPhillips’ objective of completely eliminating the process of gas-flaring in the lower 48 states by 2030. Though the company has not disclosed its bitcoin mining partner, it stands to reason that both of them will profit.

A similar story comes out of Texas, where the oil fields in the eastern portion of the state are now effectively powering Gigas Energy Solutions. Gigas, which operates close to the site of natural gas extraction, has been effectively mining bitcoin using what would otherwise be flare gas, and has effectively reduced CO2 emissions by 63%

While in the latter case, the operation was moved on-location in order to eliminate wasting gas to flares, for other extractors it might not be as viable. For them, it becomes a matter of proximity to a pipeline - and of being able to sequester and dehydrate extracted natural gas so that it can be safely transported without damaging the pipeline. 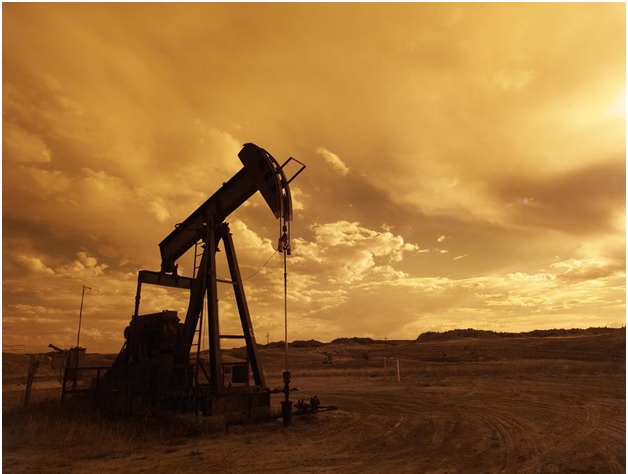 The Need for Effective Natural Gas Dehydration
For enterprises in the industry of crude oil or natural gas extraction, it’s no surprise that raw natural gas from production wells is full of impurities including water and a variety of hydrocarbons that can combine to form hydrates, all of which can be highly damaging to natural gas pipelines.

Water vapor can be damaging to natural gas pipelines when it freezes or causes corrosion. It can also combine with hydrocarbons to form compounds known as hydrates, such as methyl hydrate, Hydrates, like water, can freeze, obstructing pipelines and causing costly downtime and repairs. Water and hydrates can also cause corrosion in natural gas pipelines which can be equally economically disastrous. Like compressed air, natural gas must be dehydrated before it can be safely shipped or used as an energy source.

The need to dehydrate natural gas on its own is an impediment to natural gas production and distribution and is a significant driver behind gas flaring. For many production companies, burning the gas is simply more economical than investing in natural gas dehydrators like pipeline dryers.

Oil and natural gas extraction entities that would sell their natural gas as an energy source must first dehydrate it or near the source of extraction so that it can be safely shipped to and through natural gas pipelines. For the purpose of extracting water and hydrocarbons from raw natural gas streams (wet gas), extractors use natural gas dehydrators or pipeline dryers.

The process by which TEG systems operate is simple enough. Gas enters through an inlet (known as a gas inlet) which removes some of the suspended water and hydrates. However, this natural gas is still considered wet at this point and must be further dehydrated.

The gas then passes through to a contact tower which contains moisture-free liquid glycol. As the natural gas passes through the layers of the tower and is in contact with the lean (dry) glycol, the glycol extracts as much remaining moisture as possible.

Once the natural gas has passed through the tower, it is passed through an outlet for further processing, storage or distribution. Glycol that has become saturated with water can be removed and sent to a unit known as a reboiler which will remove the moisture, at which the glycol is considered regenerated and can be used again.

Although effective, there are a number of safety issues associated with TEG natural gas dehydrators.

They contain many moving parts which require constant supervision and are also responsible for several harmful emissions, including VOCs (volatile organic compounds), HAPs (Hazardous Air Pollutants), and additional emissions known as BTEX emissions which include toxic compounds such as toluene and benzene.

Fortunately, there are effective alternatives to TEG natural gas dehydrators - such as the PLD Natural Gas Dehydrators that we offer here at Air & Vacuum Process. 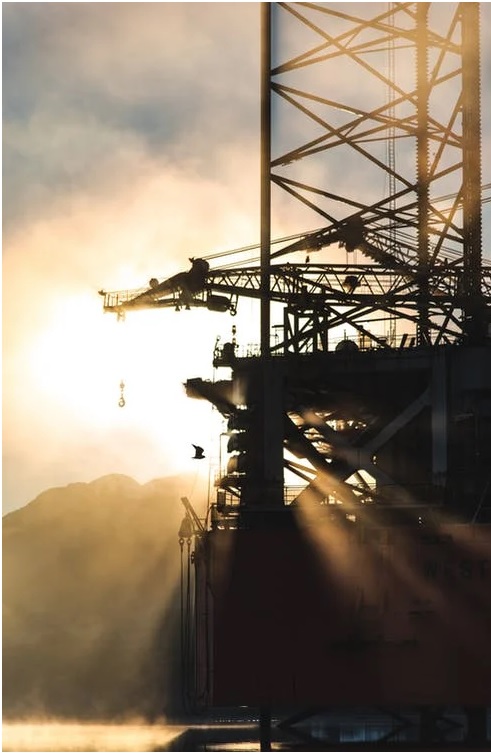 About PLD Dehydrators: An Alternative to TEG Dehydration
Our PLD Single Tower Deliquescent Liquid Pipeline Dryers are a serviceable alternative to TEG dehydrators. Our Van Gas Dehydration units use absorbent deliquescent desiccants in place of TEG to extract moisture from wet natural gas. They are the simplest technology available for effectively extracting moisture from natural gas, require no electrical power for operation, and solve many of the solutions associated with TEG dehydrators in a very economical manner.

Our Van Gas systems remove water and hydrocarbons from natural gas streams without the need for electrical power and can be effectively used at extraction sites far from accessible power grids and other infrastructure.

They have low operating costs because desiccant consumption is based upon gas flow (systems are available with maximum working pressures raining between 280 and 1440 PSIG with flow capacities up to 15 MMCFD, for higher flows contact us). These systems produce no emissions (including VOCs and BTEX emissions) and unlike TEG dehydrators do not consume any of the natural gas as fuel.

The desiccant brine solution produced as the absorbent is consumed within these PLD dehydrators is environmentally friendly and can be disposed of in the same manner as water. These systems require no pumps or reboilers, and unlike TEG dehydrators, are perfectly serviceable in low-flow settings.

If your business, like ConocoPhillips, is aiming to reduce flare gas and turn this “waste” product into a profitable resource that not only generates your organization but also furnishes society with significant value, consider a suitable natural gas dehydrator system to dry your natural gas so it can be shipped via pipeline to a local bitcoin mining operation.

More importantly, if you are currently in the works of partnering with a bitcoin operator that is going to set up on site or near-site, a natural gas dehydration system is equally imperative for treating natural gas before it can be fed to bitcoin mining generators as a fuel source.

Wet natural gas is just as dangerous for natural-gas powered electrical generators as it is for pipelines. Water and hydrates can cause corrosion within the generator, crippling it, or freeze within the lines, shutting down operation and requiring expensive repairs.

Whether your aim is to recycle your flare gas by shipping it offsite through a pipeline or feeding a local generator, an effective natural gas dehydrator system is a must-have - and Air & Vacuum Process is your strategic partner in the matter.

Contact Us to Learn More!
Getting involved in providing natural gas as an energy source for Bitcoin mining and Bitcoin transactions is a strategic decision that should not be taken lightly. Your operations will need to be adjusted and you will need to implement procedural changes to secure a safe, viable supply of natural gas that otherwise you would be flaring.

Each of our different PLD dehydration units and pipeline drying systems offers its own unique benefits. Please contact us at 866-660-0208 to learn more about our systems or to seek the counsel of our experienced technical experts who can learn more about your production rates, facility infrastructure, and other unique needs so you can choose the best possible system configuration.